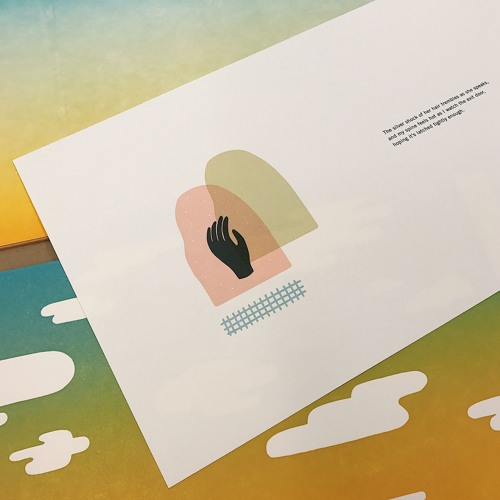 Artist and designer Katie Garth made numerous contributions to the art community in Madison before relocating to Washington, DC last year. During her time in Madison, Garth was one of the organizers behind local printmaking collective Polka! Press, organized group art shows in town, worked as a designer for Planet Propaganda, and showed a lot of her own work.

Rooted in the printmaking process but pulling in a lot of different approaches, her artwork is both crisp and abstract. Garth has a designer’s eye for sharp colors and composition, but there’s always an element there that finds a subtle and surprising way into the viewer’s emotions.