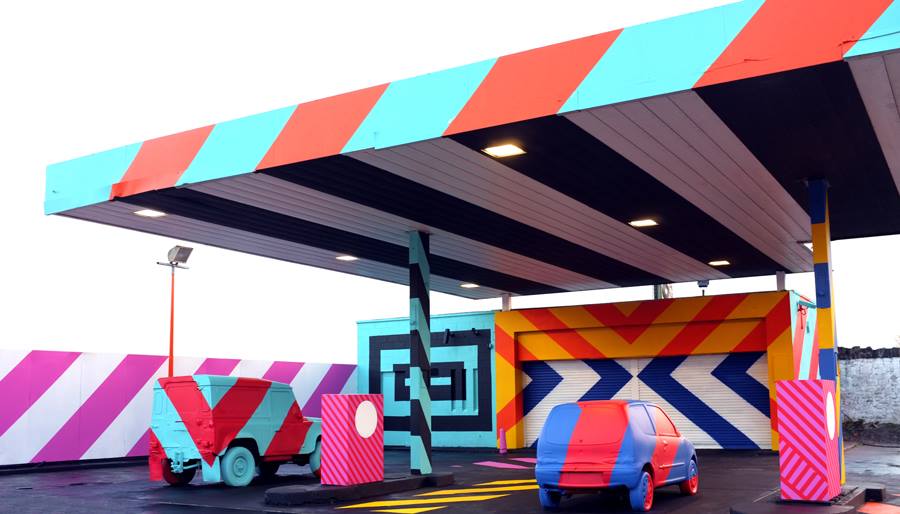 Maser is an artist originally from Ireland, now living in London. As early as 1995 under the moniker ‘Maser’, he began painting graffiti on the streets of Dublin, where he soon earned the respect of other graffiti artists in Ireland and throughout Europe for his unique abstracted style. After studying Visual Communication at Art School in his home city, he went on to establish himself as one of Ireland’s leading visual artist working in the urban environment. His early work, such as ‘They Are Us’ Project (2010) was strongly influenced by typography, letter forms and sign painting, but soon after 2010 his style gradually began to transition towards graphic representation and geometric abstraction. His works demonstrate unassuming techniques emphasizing simplicity of form. In recent years his commercial work has allowed him explore new mediums and produce works not only on walls but now canvas, video and large-scale 3D installation. Find out more at: maserart.com