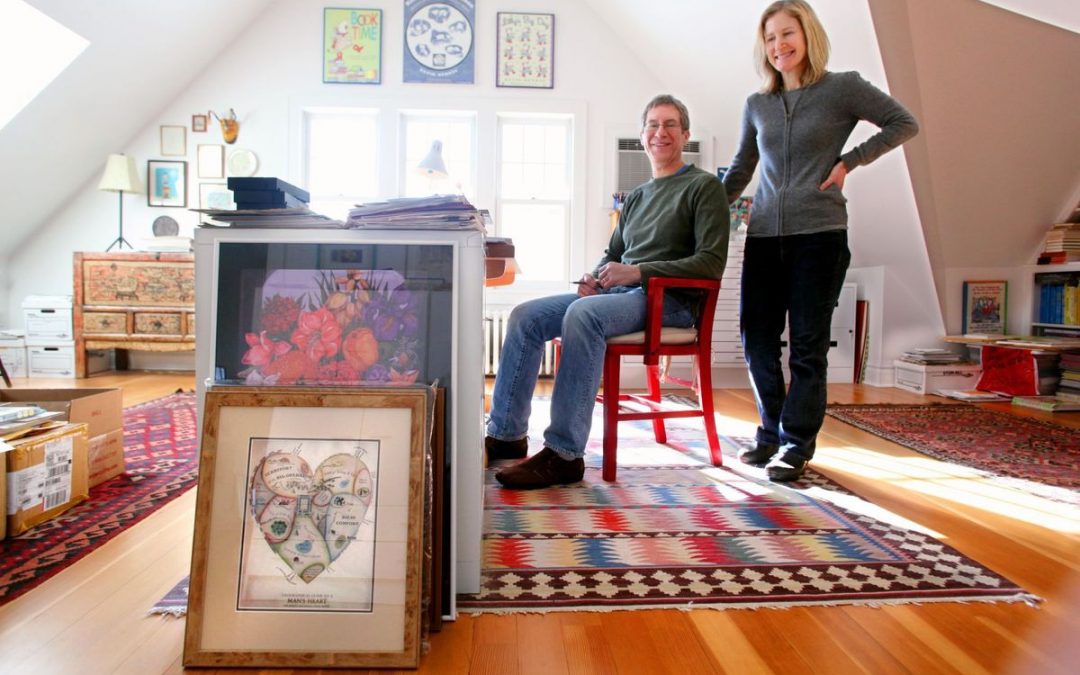 Back in the 1980s, a mutual friend of Kevin Henkes and Laura Dronzek [MFA ’93] saw their potential. Not as the celebrated artists they were becoming, but as partners, according to the couple. Today, they’ve been married 32 years and just released the fourth children’s book on which they have collaborated, “In the Middle of Fall.”

Henkes writes the words, while Dronzek brings the story to life with her acrylic paintings. The book, out Sept. 5 from Greenwillow Books, already has three starred reviews as of this writing and is the companion to 2016’s “When Spring Comes.”

The prolific Henkes has earned the highest honors in the children’s publishing world, including the 2005 Caldecott Medal for his book “Kitten’s First Full Moon.” He also won a Caldecott honor for his picture book “Owen,” Newbery honors for his youth novels “Olive’s Ocean” and “The Year of Billy Miller,” and a 2014 Geisel honor, named for the famed “Dr. Seuss” author, for “Penny and Her Marble.”