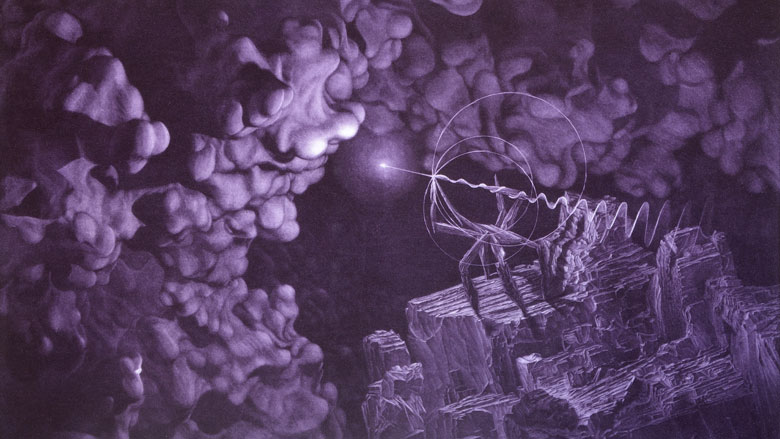 Central to his fictional world are colonies of micro-robots called Auxons, self-replicating systems that reproduce exponentially until they reach critical mass. In exploring the Auxons’ collective activities, Bosley’s work proposes an alternate history and future with roots in the logic of physical laws. The curious and strangely comical nature of these robot ‘creatures’ plays counterpoint to more serious themes. Bosley’s project questions the inevitability of history, and posits that because humans can affect real change in the world, we must claim responsibility for our actions.

Trained as a printmaker, these days Scott Espeseth works primarily with the simplest of art materials: pencil, pen, and watercolor. His small, meticulously wrought images present places and things that seem animated by a lurking consciousness. These mundane, unpeopled spaces—a backyard, an empty room, a kitchen counter—take on a heightened reality, or a hallucinatory unreality. In Espeseth’s hands, ordinary objects like window-frames, casserole dishes, and Band-Aid boxes become weighty and portentous. Eerily still, they suggest memory intruding upon the present, the future leaving messages for the past, or something rising from the subconscious Like passing flashes of clarity, they reveal unease just below the surface, as if internal warnings and insights were embedded in the ordinary stuff of daily life.