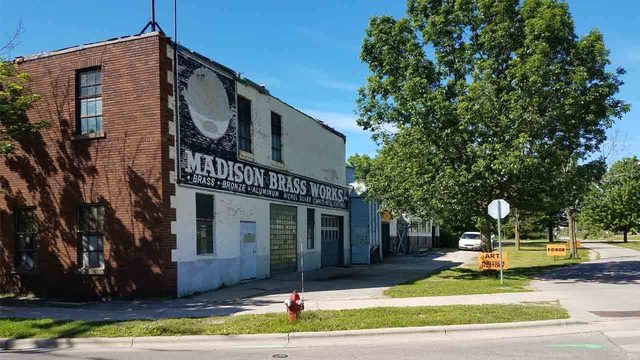 Nearly a century after the Madison Brass Works building was built and 23 years after production ceased, the eastside foundry will be restored and repurposed.

The Goodman Community Center, kitty-corner from the former Ironworks building, bought the Brass Works in 2015 and has plans to renovate, expand and, by September 2018, will occupy the structure.

But before construction begins this August, nearly 20 artists will take over the building for a week starting on the evening of June 10.

Their art exhibition, titled “Forge,” is intended to inhabit the building in its present dilapidated state while acknowledging its productive past. The artists were given access to the building and encouragement by Goodman officials.