Chaos, movement, labor, and general busyness often infer a sense of forward motion or progress. I would suggest that there is, at least in Western culture, a recognizable visuality of busyness. From the earliest days of cinema and the cinematic images created by the Lumiere Brothers in France and Thomas Edison in New Jersey, we have been awash in moving pictures of events, of things happening and of people doing things. Trains arriving at the station, workers leaving the factory, bricks being laid, people dancing; things are happening, schedules are being met, physicality and forward motion both prove not only that film is moving through the gate, but also that energy is being expended and that such work is permanently archived or registered. From the Motion Studies of Frederick Winslow Taylor to the chaos of Koyaanisqatsi (the 1982 American experimental film directed by Godfrey Reggio with a score by composer Philip Glass) to the recent images of marches and protests occurring around the globe, people are in constant motion and the exponential multiplicity of such images via social media and other old school media embeds itself into our consciousness with phenomenological intensity.

I was speaking to my class recently about art and activism in the 1980s, which led me to talk about the AIDS epidemic that had hollowed out the arts communities at that time and in particular the activism that led to the AIDS Memorial Quilt and its unfurling on the National Mall in Washington DC. On October 11, 1987, the quilt was displayed during the National March on Washington for Lesbian and Gay Rights. It covered a space larger than a football field and included 1,920 panels, each bearing witness to someone’s life. Half a million people visited the AIDS Quilt that weekend. That is the same public space where demonstrators gathered for the recent Women’s March on Washington and where hundreds of thousands gathered for The Great March on Washington on Wednesday, August 28, 1963, to witness Martin Luther King Jr. standing in front of the Lincoln Memorial, where he delivered his historic “I Have a Dream” speech calling for an end to racism. 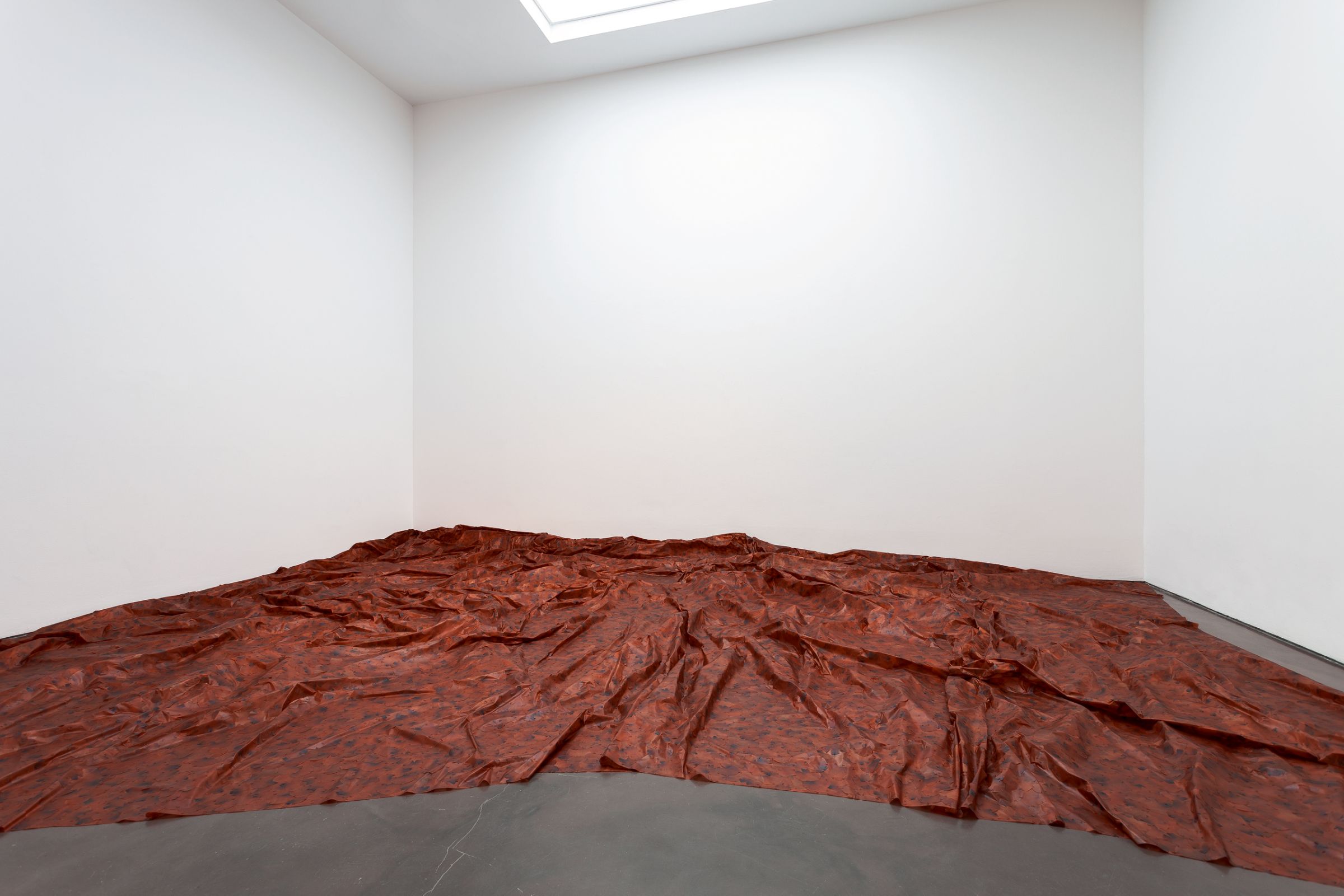 I recently watched an interview with the Columbian born artist Doris Salcedo in which she speaks about a body of work called, The Materiality of Mourning. Salcedo’s work pays tribute to the lives of the marginalized, victims of violence and oppressed and disempowered peoples of the Third World and elsewhere. The Materiality of Mourning is a haunting and elegiac title, one that conjures a particular visuality, an optics of grief, such as the events noted above. It conjures a kind of grief that comes from a deep sense of loss even amidst the busyness of daily life. Mourning disrupts our sense of time, alters our perception and often seems to lead us into protracted stillness. 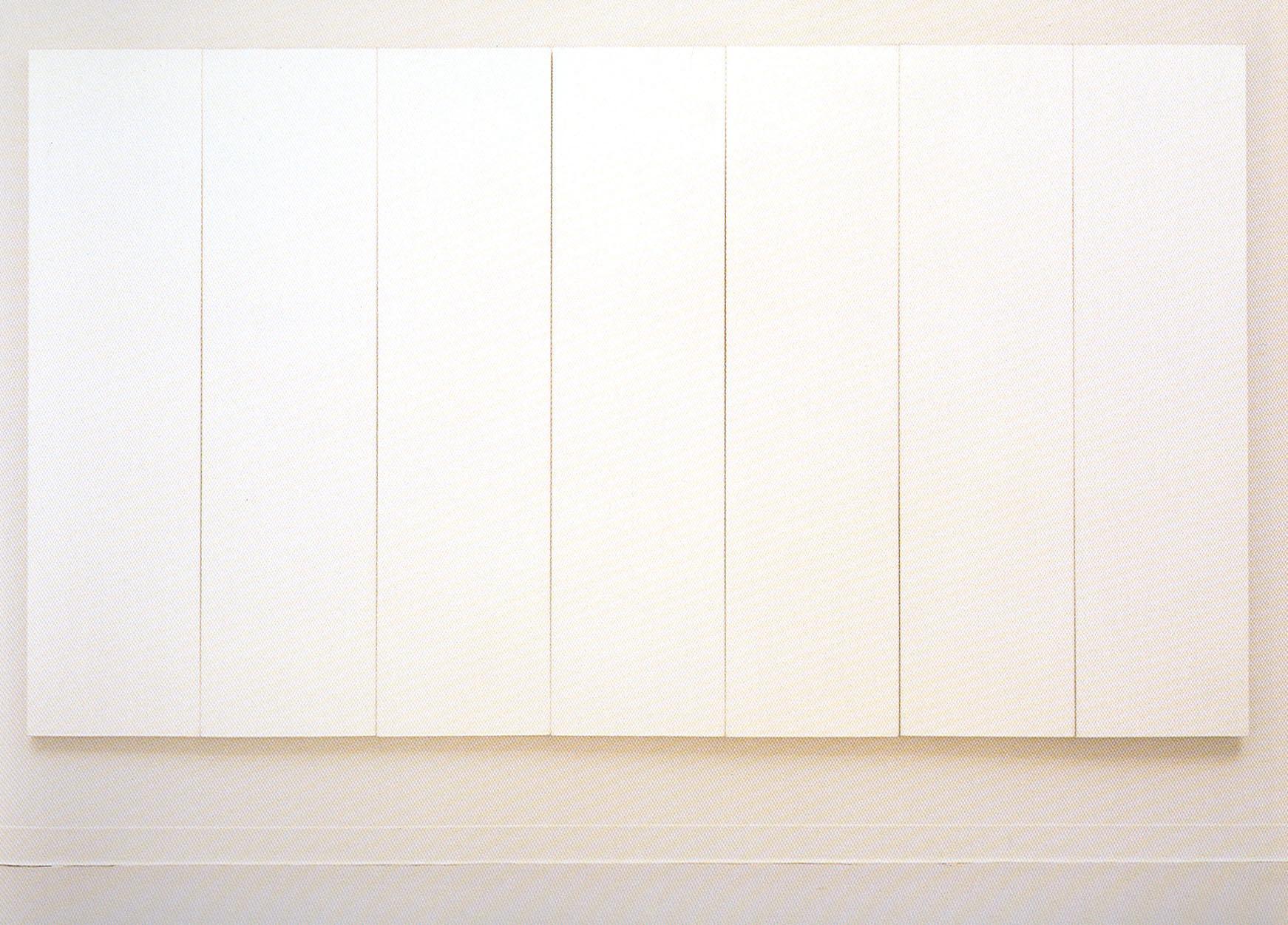 I am reminded of John Cage’s 4”38, his silent composition for piano, which, according to Cage, was influenced by his encounter with the “white paintings” of Robert Rauschenberg, huge canvasses whose surfaces leave us to contemplate their seeming emptiness. As with the work of painter Agnes Martin’s all white canvases, absent the viewer’s attentiveness, one might not notice that the surface has been worked at all. Minimalism is recognizable by its reductionist tendencies and artists are economical in their use of material or technique. Actors are often urged to do less, to hold the space with the minimum of physicality, and such is the case with the intimacies of film performance or in Japanese Noh Theater, where through the most essential of gestures, metaphor is made visual.

It is difficult to simply sit still in a sea of busyness and turmoil, to choose to respond to current events by doing less. However, as my friend the late choreographer Sally Gross noted, there is pleasure in stillness.