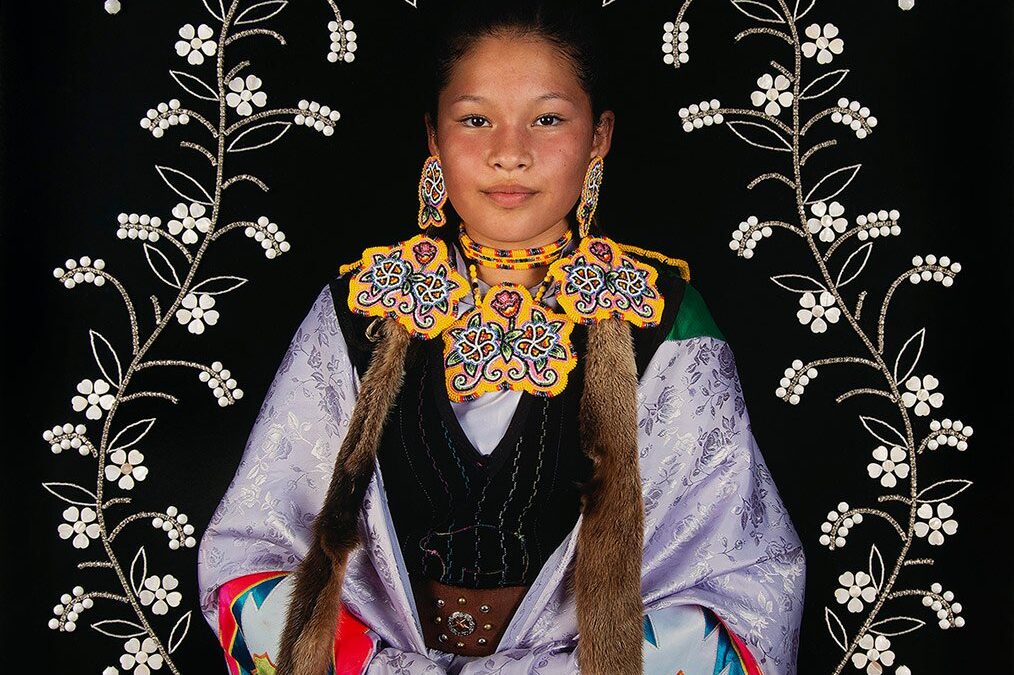 Every artist has his or her oeuvre, a body of work informed by a personal muse that inspires the thoughts and emotion driving that work. For photographer Tom Jones, that muse is his Ho-Chunk heritage, and his oeuvre is occupied with telling the story of his people.

“All my work deals with Native American issues,” says Jones, who teaches photography at the University of Wisconsin-Madison. “For me, it’s Indian first, and the art comes second.”

On July 23, the Museum of Wisconsin Art in West Bend will open “Tom Jones: Here We Stand,” the first major retrospective of the Ho-Chunk photographer’s work. The exhibition features 120 photographs from 16 bodies of work spanning 25 years of Jones’ career. In many different ways Jones’ images show that Native American communities are vibrant and diverse, and not assimilating, vanishing or frozen in time as some people might think.

“I’ve known Tom’s work since 2009 when we exhibited some of his ‘Encountering Cultures’ series,” says MOWA’s Director of Exhibitions Graeme Reid, who curated the current exhibition. “We felt it was time to do a retrospective before someone else did.”

Jones’ singular focus on his Ho-Chunk heritage has resulted in a rich body of work that illustrates different angles, issues and points of view regarding the Ho-Chunk Nation, Reid explains. From chronicling events at the annual Memorial Day Pow-wow in Black River Falls honoring Ho-Chunk veterans to his ‘Strong, Unrelenting Spirits’ series that features beautifully photographed Ho-Chunk portraits around which Jones himself has beaded a shimmering framework in white to represent the spiritual world, the photographer’s work is as rich and as varied as the culture it represents.

Read more at The Shepard Express