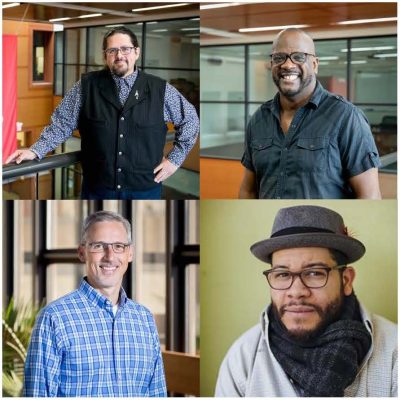 Four faculty from the School of Education are among the 32 extraordinary members of the UW–Madison faculty who have been honored during the last year with awards supported by the estate of professor, U.S. senator, and UW Regent William F. Vilas (1840-1908).

Three School of Education faculty were named to Vilas Distinguished Achievement Professorships, an award recognizing distinguished scholarship as well as standout efforts in teaching and service. The professorship provides five years of flexible funding — two-thirds of which is provided by the Office of the Provost through the generosity of the Vilas trustees and one-third provided by the school or college whose dean nominated the winner.

School of Education faculty who were named as Vilas Distinguished Achievement Professors include:

In addition, one School of Education faculty member — Leslie Smith III, an associate professor in the Art Department — is a recipient of a Vilas Faculty Early Career Investigator Award. These awards recognize research and teaching excellence in faculty who are relatively early in their careers. The award provides flexible research funding for three years.