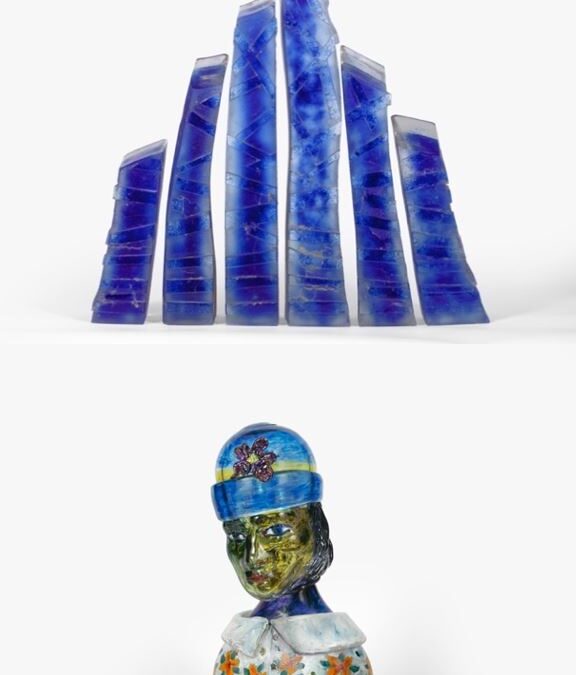 West Bend, WI – The Museum of Wisconsin Art (MOWA) announces the opening of its newest exhibition The Studio Glass Movement: The Hyde Collection.

Coinciding with the International Year of Glass (2022) and MOWA’s 60th anniversary (2021), this exhibition features 39 Wisconsin glass artists and more than 100 pieces, including seminal works by early innovators and ambitious installations by contemporary artists.

Wisconsin was front and center at the inception of the Studio Glass movement. Heralded as the founding father of the movement, Harvey K. Littleton built the first glass program at the University of Wisconsin­–Madison in 1962.

His early students became apostles, spreading the gospel of glass as they founded programs across the United States, including Doug Johnson who went on to found the glass program at the University of Wisconsin­–River Falls in 1967.

James Engebretson and Eóin Breadon followed Johnson, contributing to another two generations of glass artists from the UW–River Falls program. In recent decades, the thriving art scene of Door County has attracted a community of glass artists who have created yet another node of influence in the state’s storied history, including husband and wife duo Jeremy Popelka and Stephanie Trenchard.

“On the occasion of this exhibition, MOWA is delighted to announce more than one hundred glass works from James and Karen Hyde have now formally joined the museum’s glass collection,” said Laurie Winters, Executive Director | CEO.

“The Hyde collection tells the story of Wisconsin’s role in the development of the Studio Glass movement from its inception in Madison in the early 1960s to the later development of important glass centers at UW–River Falls and in Door County. We are thrilled to now make this collection available to the wider public in conjunction with MOWA’s anniversary and the 2022 International Year of Glass.”