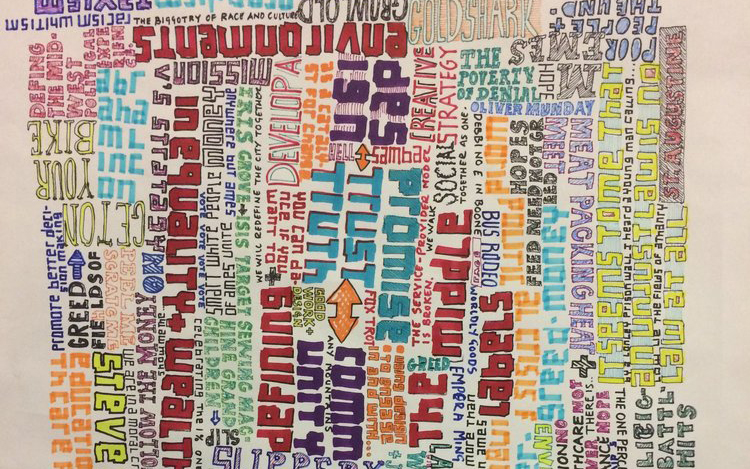 A Professor of Graphic Design in the College of Design at Iowa State University, Bernard J. Canniffe is committed to using design for the common good and presents how design can be a catalyst for change to audiences around the world. In 2008, Canniffe co-founded the collaborative, multidisciplinary social design studio called PIECE Studio, and he is an advisor to PROJECT M, an international social collaborative group collective.

Canniffe’s ideas about Nomadic Design, Blue Collar Design Theory, PIECE Studio and social justice design have been widely published and cited. He has presented on the interconnections between design, social justice, entrepreneurship and innovation at Cumulus Design Conferences, the National Institute of Design, Ahmedabad, India, at Willem de Kooning Académie in Rotterdam, Lees McRae College in North Carolina, Zayed University, Dubai, Osaka, Japan, Seoul, South Korea and at the P&D Design Conference in Sao Paulo, Brazil, and his work has been archived in the Library of Congress.

Canniffe has published work in Graphis Design Annual, How magazine, STEP Design Magazine, GOOD Magazine, PRINT Design magazine, and CCPH Perspectives to name but a few. He is the recipient of the Graphis Designers for the New Millennium, 2000 Award, the Joseph Binder Award and is the recipient of two SAPPI Ideas That Matter awards. Three of his posters were included in the Beijing Poster Biennale and his work was included in This is for Real: War and the Contemporary Audience exhibition at Stoney Brook University. He was one of a few international artists invited to exhibit at the Museum of Art at the Newton Center for British-American Studies.

Canniffe is originally from Merthyr Tydfil, South Wales, has lived in the United States since 1991. He holds a BA (Hons) in graphic design from the Newport College of Art & Design, University of Wales, and an MFA from the Savannah College of Art and Design.