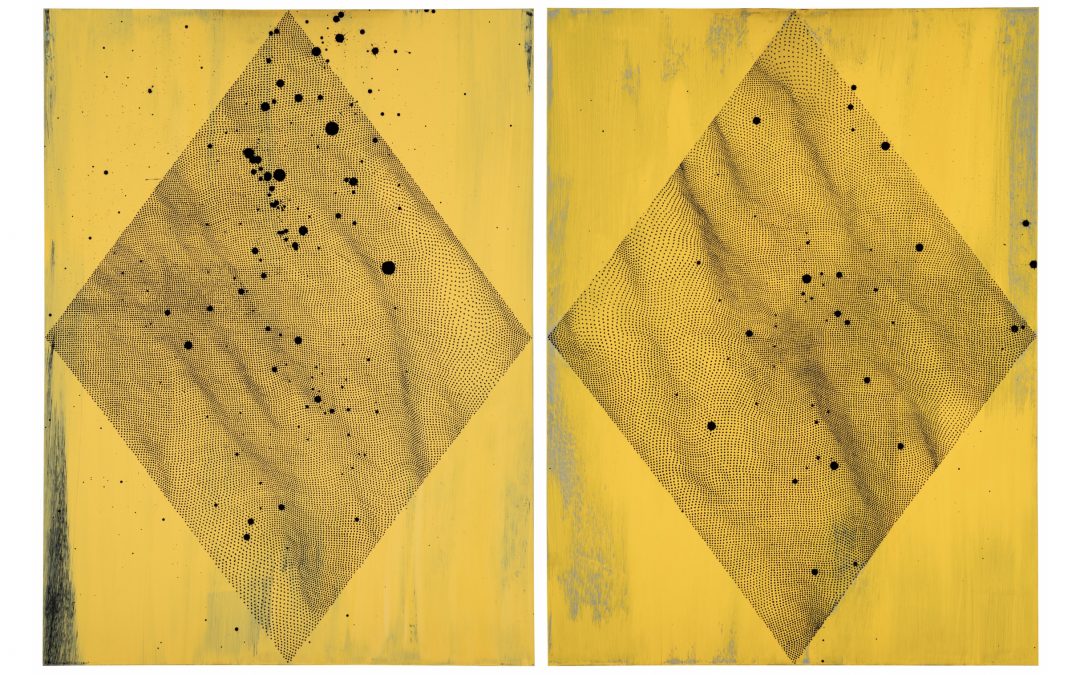 Linn Meyers is an American, Washington, DC-based artist whose paintings, drawings, and site-specific works use repetitive applications of line and color hand-drawn on a variety of surfaces including paper, vellum, mylar, and gallery walls. Each piece begins with a single mark—a line that traces a pre-determined framework of circles, or a simple singular gesture. This first stroke defines the direction in which the entire image will evolve—each line a direct response to the mark made just before. These marks amass to create an image, which is both still and moving, ordered and chaotic, both pointing toward perfection and also wholly imperfect. At the core of the work is the artist’s own relationship to time: learning how to move back and forth between natural time, measured time, and subjective time.

Meyers is the recipient of numerous awards and fellowships, including a Smithsonian Artist Research Fellowship, the Pollock Krasner Award, a Santo Foundation award, and five DC Commission on the Arts grants. She has been Artist In Residence at the Hirshhorn Museum in Washington DC, the Bemis Center in Omaha, Nebraska, the Millay Colony in Austerlitz, New York, the San Jose Institute of Contemporary Art in California, the Ballinglen Arts Foundation in Ireland, and the Tamarind Institute in Albuquerque, New Mexico.

Meyers holds a BFA from the Cooper Union and an MFA from the California College of the Arts. linnmeyers.com