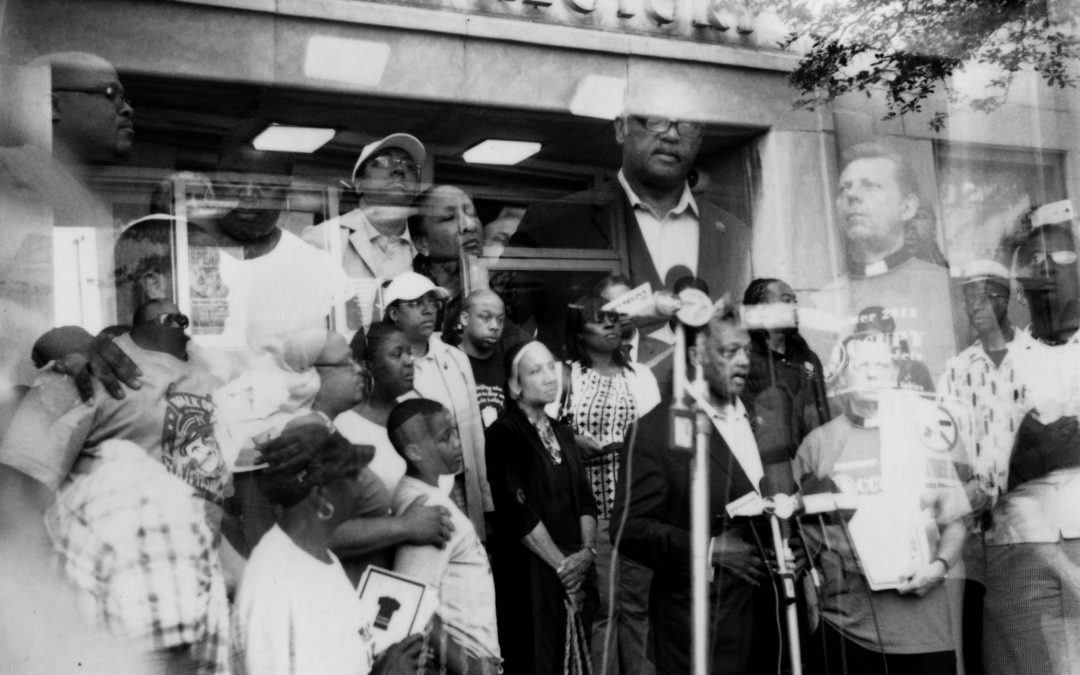 Carlos Javier Ortiz is a director, cinematographer and documentary photographer who focuses on urban life, gun violence, racism, poverty, and marginalized communities. As a child Ortiz moved back and forth between Puerto Rico and the U.S. mainland, his experiences resonating with the stories during the Great Migration when displaced Black families moved north in search of stability and economic opportunity. His current project is series of short films chronicling the contemporary stories of Black Americans at this time, exploring the legacy of the Great Migration a century after it began, beginning with his mother-in-law’s story.

Ortiz’s photos illustrated Ta-Nehisi Coates’ article The Case for Reparations in The Atlantic, which was the best selling issue in the history of the magazine. His photos have also been published in The New Yorker, Mother Jones, among many others. He is represented by the Karen Jenkins-Johnson Gallery in San Francisco and Les Douches Gallery Paris. His film, We All We Got, uses images and sounds to convey a community’s deep sense of loss and resilience in the face of gun violence, and has been screened at the Tribeca Film Festival, Los Angeles International Film Festival, St. Louis International Film Festival, CURRENTS Santa Fe International New Media Festival, and the Athens International Film + Video Festival.

Ortiz received the Guggenheim Fellowship for film/video, and his work has been exhibited nationally and internationally in a variety of venues, including the Schomburg Center for Research in Black Culture, the Worcester Art Museum in Massachusetts, the International Museum of Photography and Film in Rochester, New York, the Museum of Contemporary Photography in Chicago, the Detroit Institute of Arts, and the Library of Congress. His work has been supported by many organizations, including the University of Chicago Black Metropolis Research Consortium Short-term Fellowship, the Economic Hardship Reporting Project, the Pulitzer Center on Crisis Reporting, the California Endowment National Health Journalism Fellowship, the Richard H. Driehaus Foundation, Open Society Institute Audience Engagement Grant, and the Illinois Arts Council Artist Fellowship Award.