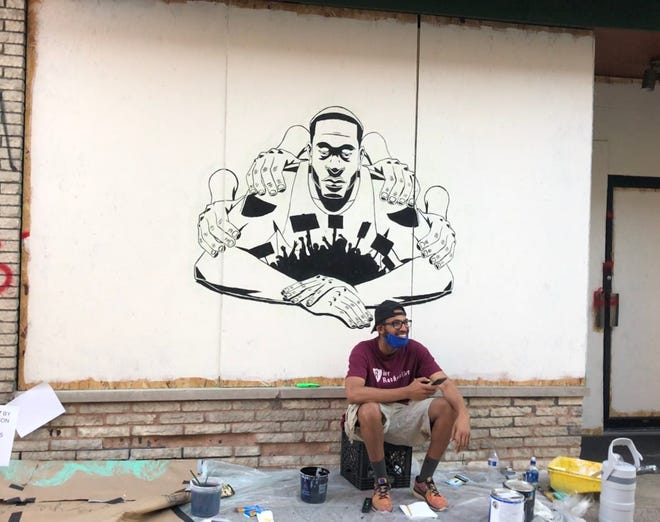 The plain brown slats lining State Street, the ones that will eventually be taken down, are now filled with color. Both artists and the public can utilize the space.

Dozens have done so, creating messages of support and strength to the movement.

Rodney Lambright II [BS-Art ’17] was having trouble with his art the past two weeks. When the city commissioned his work for State Street near the Capitol square, it gave him a place to channel some of his frustration.

“I’ve been quite angry with what’s going on and the continual question of how many more black people have to die for real change to happen,” Lambright said as he finished his mural.

The murals, many of them vibrant, bring beauty to the businesses damaged in protest, covering up shattered windows. Lambright’s using his as an opportunity to further the conversation.