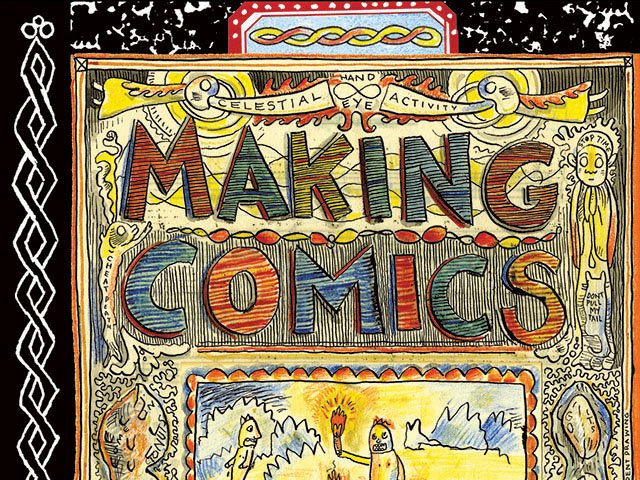 Lynda Barry’s Making Comics is part memoir, part self-help, and a passionate call for introspection. Most of all it’s about creativity. Call it yoga for your head.

“Have you given up on drawing?” asks the note scrawled on the back cover, matchbook style. “Would you like to give it one more try?”

Every page is full color, hand-lettered and illustrated by Barry, associate professor of interdisciplinary creativity in the art department at UW-Madison. Student work is occasionally featured. “Following the exercises in order will be something like being in my comics class,” she promises.

That’s true, but Making Comics, published late last year by Drawn and Quarterly, is much more than that. “Making comics saved me so many times,” she writes. Note that she speaks of the creative act, not the finished product.

Barry may be best known for her syndicated Ernie Pook’s Comeek, which she drew from 1979 to 2008. It developed a loyal following in the alternative press, including Isthmus. In 2012 she became the artist-in-residence for the UW-Madison Arts Institute and Department of Art, co-sponsored by departments including the Center for Visual Cultures.

Read at the Isthmus