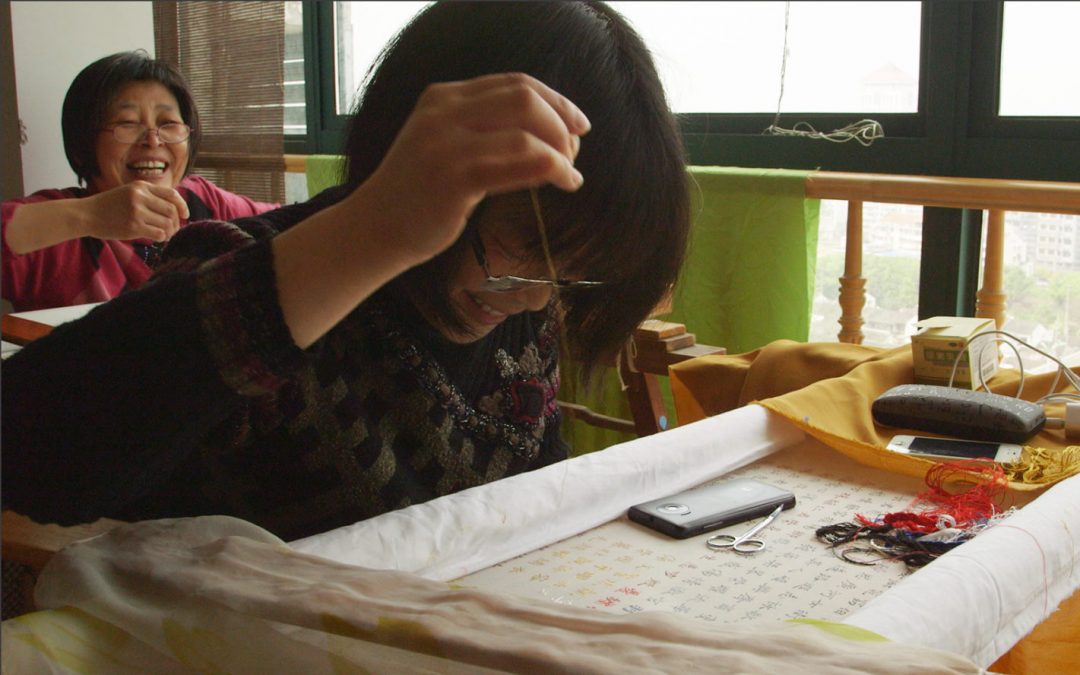 All UW-Madison events are canceled until further notice due to COVID-19.

Find out more at: covid19.wisc.edu

Jen Bervin’s complex yet elegant multidisciplinary work results from poetic and conceptual investigations of material, and from research and collaboration with artists and specialists ranging from material scientists to literary scholars. Her practice engages in a process of trying to understand irreducible complexity. With her collaborators, she activates the intersections of art and scholarship, text and textiles, science, technology, and craft in works that range from poems written nanoscale to large-scale museum installations, and feminist modes of reading, writing, and listening.

Bervin is the author of eleven books, including six artist book editions with Granary Books, and Silk Poems—a long-form poem presented both as a biosensor made from liquefied silk developed in collaboration with Tufts University’s Silk Lab and as a book—a finalist for the Lambda Literary Award, and a New Museum Book of the Year. Her publication, Gorgeous Nothings: Emily Dickinson’s Envelope Poems, with Marta Werner and Susan Howe, was a New Yorker Book of the Year.

Bervin  has earned numerous awards, fellowships and grants including the Foundation for Contemporary Art (2017), The Rauschenberg Residency (2016), Asian Cultural Council (2016), Montalvo Arts Center Lucas Artist Program (2016), Bogliasco Foundation (2014), Creative Capital (2013), The Josef and Anni Albers Foundation (2012), New York Foundation for the Arts (2007), Camargo Foundation (2006), and MacDowell Colony (2006). She was the inaugural 2018–2019 Provost Fine Arts Fellow at Rhode Island School of Design, sponsored by RISD Glass. She is also an Artist in Residence with SETI Institute, a program that facilitates an exchange of ideas between artists and scientists and expands upon SETI Institute’s mission to explore, understand, and explain the origin, nature, and prevalence of life in the universe.

Her work has been covered in media outlets such as Artforum, Huffington Post, NPR, The Nation, LA Times, Frieze, Hyperallergic, The New Yorker, and The New York Times, and can be found in more than thirty international collections, including Bibliothèque Nationale de France, Yale University; Brooklyn Museum, and The J. Paul Getty Museum. jenbervin.com