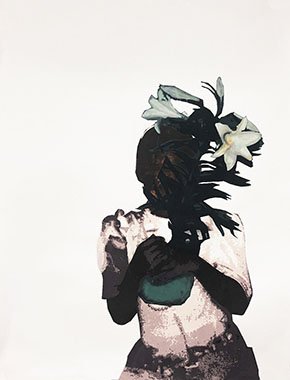 The goal of creating art is not to produce a product, but to foster deeper thought and emotion, both for the artist and audience. Introspection, creative vision and talent result in works that inform, inspire and enthrall.

This year, Madison hosted a number of groundbreaking visual exhibits, many of them created by artists of color, which transcended genres and included works that address timely and relevant issues.

“Art has always focused on creating a narrative with a clear storyline running through history,” says Amy Gilman, director of the Chazen Museum of Art on the UW-Madison campus. “Once we passed the mid-20th century, however, that storyline became deeply complicated.”

Emerging social movements, burgeoning technological advances and sociopolitical crises have changed both the nature and reflection of the artistic narrative. It’s no longer just DaVinci’s Mona Lisa, or even Warhol’s Marilyn Monroe. Artistic muses have multiplied, and, in some cases, become more menacing than their historical predecessors.

“This has less to do with pushing an agenda, but rather thinking of the museum space as someplace to have difficult or complex discussions that might not be possible elsewhere,” Gilman says. “It allows you to access a unique emotional space around those issues.”

The Chazen’s 2019 exhibits are excellent examples of these movements. From June-September, New York City artist Sanford Biggers created a stir with BAM, a series of African folk statuary from his own collection that he covered in brown wax and then “sculpted” with gunfire, shooting off pieces of the statues to protest police violence against unarmed black men.

BAM was followed by Plastic Entanglements, which runs through Jan. 5. It is a complex and often beautiful multi-artist study of how plastic detritus has increasingly clogged the world’s oceans and waterways. Running concurrently, Senegalese industrial designer and fashion-model-turned-photographer Fabrice Monteiro’s The Prophecy offers phantasmagorical imagery of djinn, mythological spirits sent to bear witness to human foibles, astride massive garbage dumps that actually exist in countries worldwide.

The Madison Museum of Contemporary Art, too, has welcomed diverse artists tackling challenging themes. Native American imagist Jeffrey Gibson’s struggles as an artist and person of color in the New York City art scene led him from painting back to beading, part of his Cherokee-Choctaw roots. After learning how to box, Gibson began beading traditional designs on to repurposed Everlast “heavy bags,” the focal point of his exhibit that was on display from June-September.

Prior to that, Tyanna Buie [MFA ’10], a Chicago-born artist who grew up in foster care, created After Image, paintings based on the few family photos she was able to salvage from her disrupted past. The stylized images recreate the snapshots of happy family settings she says were few and far between. “We’ve seen greater artistic focus on sociopolitical concerns that artists have found difficult to ignore,” says Leah Kolb, MMoCA’s curator of exhibitions. “We’re seeing more visibility for artists of color and letting those artists speak directly without curatorial intervention. We’re also seeing greater sensitivity towards trans- and non-binary artists who come forward. It’s an art of increased consciousness for our human differences.”

Read at The Isthmus