Walking in nature and walking in through a museum offer similar experiences; perambulating through the landscapes of both, chaos becomes order and becomes chaos again given our constantly changing point of view. While nature abides by its own rules of deterioration and renewal, art relies on theorists, historians, and critics to assist in the construction of frameworks and systems by which organizational structures of knowledge and further ways of knowing become visible. The modern era was populated by artists who concretized historical moments with prescriptive manifestos. But, as the manifesto-driven first half of the 20th century flamed out, the void created by the absence of instructive imperatives for art was filled by voices from outside the realm of art-makers. The vacuum created by the dwindling presence of manifestos gave way to a different sort of imperative voice, that of the contemporary critic.

In 1967, Octavio Paz stated that, “What distinguishes modern art from the art of other ages is criticism and the avant-garde is no longer critical.” Thus, he concludes, the avant-garde was no longer able to offer an “objective” view of its own relevance. He went on to note that the commentary about art at mid-century had become “pointless talk that degenerates into a mere flood of publicity.”

Paz argues it becomes important that third parties assist in distinguishing a kind of rhetoric that is designed to embellish the capital value of works of art, apart from their poetic or humanist value. Hence, a critical appraisal that is formalist and seemingly unmoved by extraneous information or mass appeal of either artist or artwork. 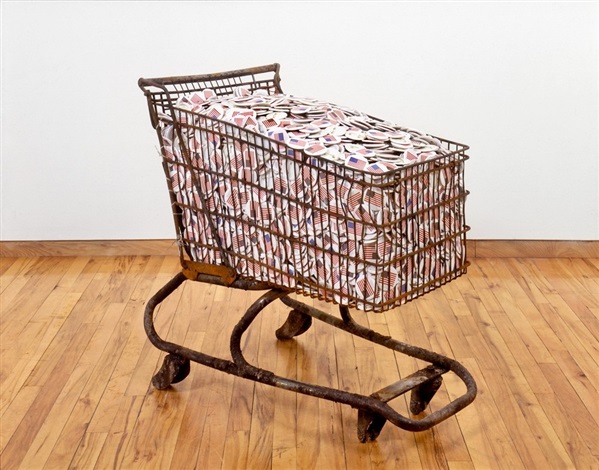 While such infiltration of a critical voice may seem antithetical to the autonomy of artists to set the rules for their own production and reception of works of art, it also frees artists, for better or worse, to be responsive to the prompts and literary imperatives of a connoisseur-class of trained art viewers. Perhaps, in lieu of the artist-driven manifesto, criticism generally creates a fourth wall for artists to push against as a sort of protest of the status quo. In a more egalitarian vision of the synergy between artists and critics or theorists, we can imagine a kind of gestalt in which, out of the often adversarial relationship, may become mutually beneficial as each participant relies on the other to prove or disprove theoretical propositions.Art then becomes more about systems and the relationship of ideas to their formal expression; a kind of circular practice in which there is a dependable foil for each participant.

As Kathrin Busch states in the Art and Research Journal:

One of most intriguing aspects about art today is its entanglement with theory. In fact, contemporary art practice is now so highly saturated with theoretical knowledge that it is becoming a research practice in and of itself.

This statement makes the case for art within the context of a research institution (if we needed to make that case), but also denotes a significant change in the expectations of art to perform its traditional role.

If this tendency is reinforced by the growing transfer of theoretical knowledge in the course of restructuring art academies and establishing so-called artistic research projects, such a blurring of the lines between art and theory could no longer live up to the classical philosophical notion that art is ultimately a sensual form of truth.

It seems that such a “blurring of the lines” has been in process since the earliest days of manifesto-driven movements; critic-formed imperatives did not, in the end, signal a victory for formalism, but rather enlarged the possibilities for further blurring by contemporary artists.