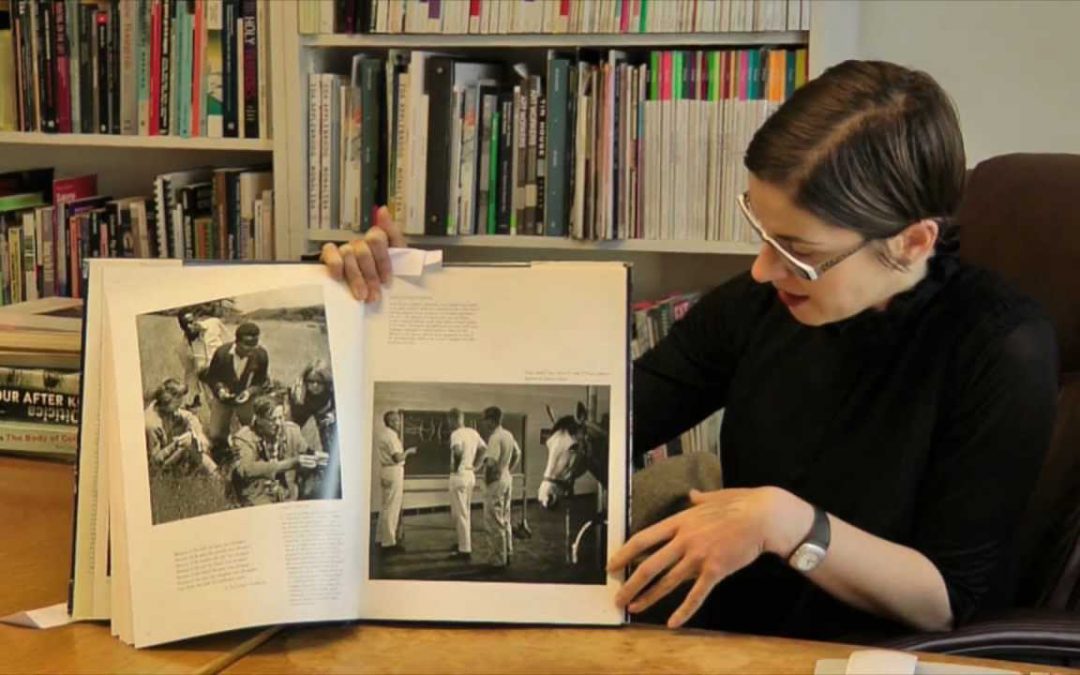 A scholar and critic, Julia Bryan-Wilson is the Doris and Clarence Malo Professor of Modern and Contemporary Art at the University of California, Berkeley; she also serves as the director of Berkeley’s Arts Research Center. Her research interests include theories of artistic labor, feminist and queer theory, performance, production/fabrication, craft histories, photography, video, visual culture of the nuclear age, and collaborative practices. Bryan-Wilson has published widely on practices as diverse as surveillance photography, independent video, feminist dance, queer performance, and amateur handicraft, bringing art historical attention to bear on forms of making across the high/low spectrum. She is the author of three books: Art Workers: Radical Practice in the Vietnam War Era (UC Press, 2009, a Choice Outstanding Academic Title); Art in the Making: Artists and Their Materials from the Studio to Crowdsourcing (Thames & Hudson, 2016, with Glenn Adamson); and Fray: Art and Textile Politics (U Chicago Press, 2017, winner of the ASAP Book Prize, the Frank Jewett Mather Award, and the Robert Motherwell Book Award). Bryan-Wilson’s articles have been published in Afterall, Art Bulletin, Art Journal, Artforum, Bookforum, Camera Obscura, differences, Frieze, Grey Room, October, Parkett, the Journal of Modern Craft, Oxford Art Journal, TDR: The Drama Review, and many other venues. With Andrea Andersson, she curated Cecilia Vicuña: About to Happen, which opened at the Contemporary Arts Center New Orleans in 2017. She was an inaugural recipient of the Creative Capital/Andy Warhol Foundation Arts Writers Grant, and has won several awards for her teaching and mentoring. She was the Terra Foundation Visiting Professor of American Art at the Courtauld Institute of Art in Spring 2014, and the Robert Sterling Clark Visiting Professor at Williams College in 2018-19. She is currently writing a book about Louise Nevelson (under advanced contract with Yale University Press).