State of the (campus) art by Käri Knutson 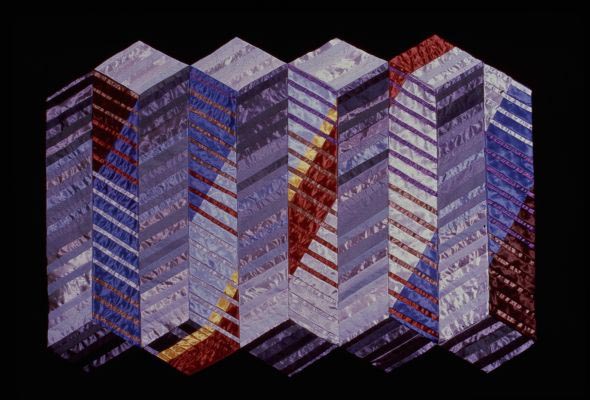 The Campus Art Exchange collection has been decades in the making.

Many of the nearly 200 pieces had been out of sight, kept in closets and corridors after remodeling jobs or the passage of time and tastes that left the artwork out of the picture.

But art is made to be seen.

The forgotten art is available for public display at little to no cost, thanks to the resourceful Campus Art Exchange program that began in 2017. UW–Madison buildings and departments are eligible. Artwork must be hung in public spaces such as hallways, common areas, conference rooms or other gathering spaces — not private offices.

New pieces from UW–Madison students and professionals are being purchased for the collection and can be seen at the first Art Exchange Exhibition Aug. 2 through Sept. 13 at Union South’s Gallery 1308 with the help of the Wisconsin Union Directorate Art Committee. An opening reception will be held from 6 to 7 p.m. Aug. 2.

A sneak peek can be seen on the Art Exchange’s website. Of the 40 pieces, 13 are by students.

The canvas for the idea was blank until campus art was inventoried six years ago, using a grant from the Brittingham Fund. It included art in academic settings that was outside the formal collections at the Chazen Museum of Art, Wisconsin Union, or the UW Hospital and Clinics Authority.

This was no small task. It had been decades since any kind of inventory was done. The last semi-formal record was a handwritten inventory recorded in 1968 on 3”x5” notecards.

The art treasure hunt was led by Daniel Einstein, historic and cultural resources manager for UW–Madison’s Division of Facilities Planning and Management, in collaboration with Cortney Anderson Kramer, a PhD candidate in art history. Often, building managers would have to show them where the art was. There had been more than a few changes since 1968.

Read more at the University of Wisconsin-Madison News