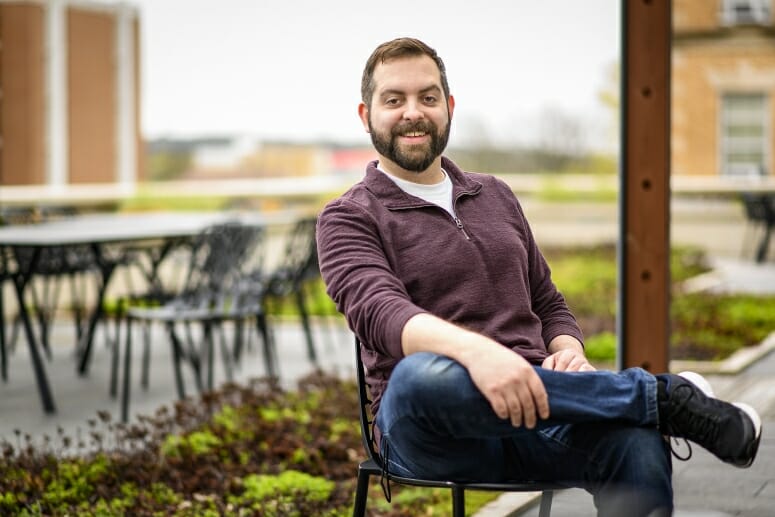 Nicholas Jackson considers himself a storyteller — he once spent five years filming a movie about zombie crime fighters.

Now, at 33, he’s the hero of his own story, one even longer in the making.

After setbacks, hardships and false starts, Jackson will graduate May 11 from the University of Wisconsin–Madison. He will be earning a bachelor’s degree in retailing and consumer behavior with a certificate in studio art.

It’s an outcome that seemed implausible just a few years ago. Yet Jackson kept recalibrating. And readjusting. And reimagining.

“I’m more and more accepting that what I have to say might be hopeful to other people,” he says. “It means a lot to me that my story could inspire other people or help them appreciate what they have.”

Born in Arizona, Jackson moved often with his family growing up, landing in Madison at 15. He and his sister were the primary caregivers for their single mother, who was ailing from Muscular Dystrophy. At Madison West High School, he felt like a loner going through an existential crisis.