When a haircut becomes performance art by Jeremy Olds 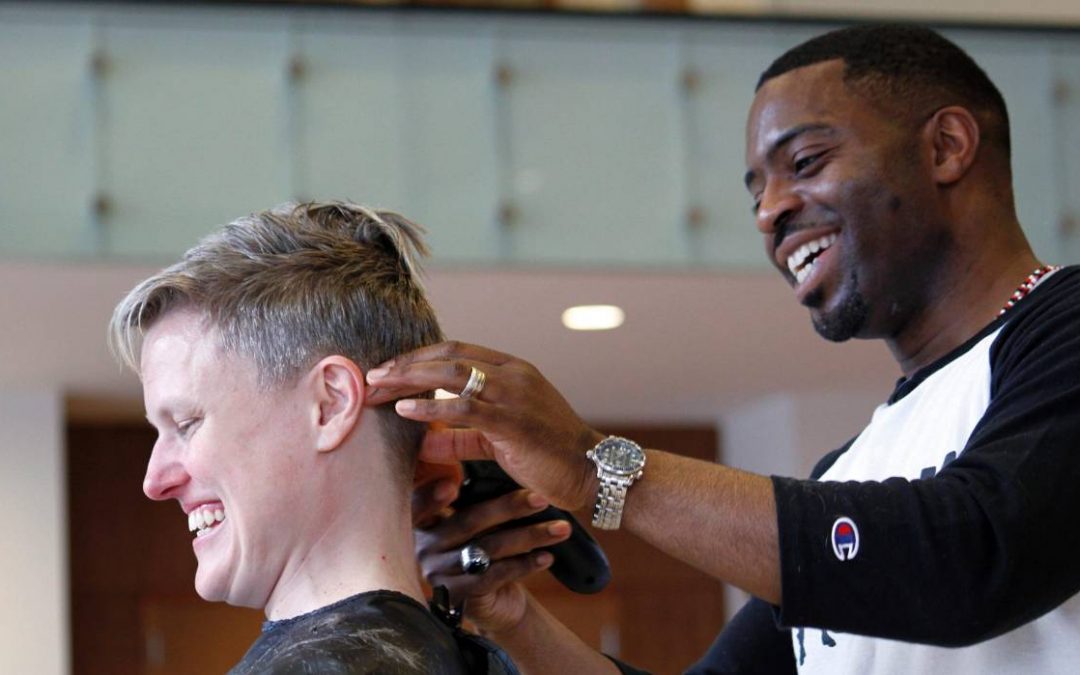 A haircut isn’t usually a gallery-worthy event. But when performed by Faisal Abdu’allah, the room becomes the artist’s salon – a place to exchange ideas about identity, belonging and meaning. Jeremy Olds hears more.

As a child in northwest London in the mid-1970s, the artist [and Professor of Printmaking] Faisal Abdu’allah was often confronted by his own mortality. He was the son of an evangelical Baptist preacher, a Jamaican immigrant with a reserved, thoughtful nature, except on Sundays, when he became a force of nature before the congregation of his Harlesden church. “In the pulpit, you couldn’t touch my father,” Abdu’allah tells me by phone from his home in Madison, Wisconsin. “He was extremely knowledgeable, warm, powerful, warning people about how if you didn’t listen to him, you’d go to hell.”

Eternal damnation weighed heavily on young Abdu’allah. At home, his father hung a portrait of Jesus – a blond-haired, blue-eyed Christ – and he came to internalise the belief that those who resembled this vision of the Lord possessed an inherent greatness. “There was a boy at school, Ian Kent. In my head I was like, when Judgment Day comes, fire and brimstone, God, who has blond hair and blue eyes, will not kill Ian Kent. If I sit next to him, I’ll be OK; I’ll be safe.”

Once a month, his father would take him to a house in Willesden where “Mr Wright”, a short man with hair dyed jet black, ran a barbershop. “There was a litany of barbershops in people’s homes. Landlords didn’t want to lease to black people,” Abdu’allah explains. As he cut hair, Mr Wright would hold court, exercising oratory skills that rivalled Abdu’allah’s father. Enraptured, the young boy would listen as the barber discussed sexual exploits, the seductive power of cars, the racism black men experienced in the factories, issues children were facing. Men would smoke and play dominoes, and Mr Wright would cut hair and philosophise.