I often ask my students to create a knowledge map that illustrates as many of their inspirations and influences as they can recall. As you can imagine, asking the question in the context of an art course would return a long list of visual artists, often confined to the discipline of the course. In other words, asked to name one’s influences while sitting in a painting class, the expected answers might be the names of painters. Clarifying the question and asking students to respond in a more holistic way might result in a much different response. For example, if I ask students to name their influences across culture, media, discipline and beyond the boundaries of art, per se, the answers are much more generous and insightful. If prompted to include film and literature in their knowledge map, students studying art begin to see the possibilities of an intertextual dialog; one in which other culture-products such as narrative or experimental cinema, popular movies and comics or classic literature become motivating forces in the way in which their imagination is liberated. 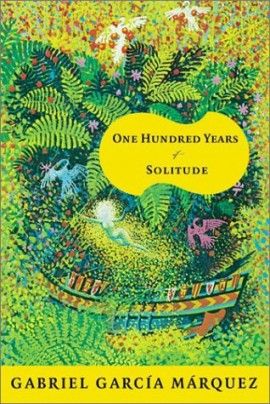 Artists are inspired by numerous sources and while not always explicitly present in the final object or project, such influences are the foundation of one’s creative practice. There is a particular kind gestalt that occurs when translating, for instance, a literary influence like Gabriel Garcia Marquez’s One Hundred Years of Solitude, into a building block for a personal creative endeavor that is neither narrative or language-based. The feeling one has when reading Marquez may be carried into an entirely different space of creativity and provide a new impulse, perhaps in the same way that listening to music might create a state of being while making furniture or cooking.

I imagine if one could reverse engineer a creative life, or perhaps just play one’s memory in reverse, we could see all the intersecting creative impulses for our most inspired ideas. What was I listening to just prior to making that mark or finding a solution to a formal problem, or solving a complicated sentence structure? What was I reading, or watching or tasting? There are numerous schools of thought pertaining to how creativity works, how it happens and what makes it so. The kind of translation I alluded to above is more like thinking in a visual plane than turning French into English. When we think about inspiration as some kind of embodied experience, we separate materiality and form from how it made us feel. It is that feeling, the sensation of experience that we translate into a new work of art, one that may house such sensations, but does not necessarily illustrate them.

An intellectually challenging palette of ideas is built on complex structures of experience, inspiration and to some extent, emulation. It is also built on happenstance and accident. Sitting at my desk early this morning, I watched a fox run across a frozen field outside my window. I am confident I won’t make any art with wolves in it in the near future, but the sensation of that image will certainly add to my inspiration well and make me think about the world a bit differently, going forward.