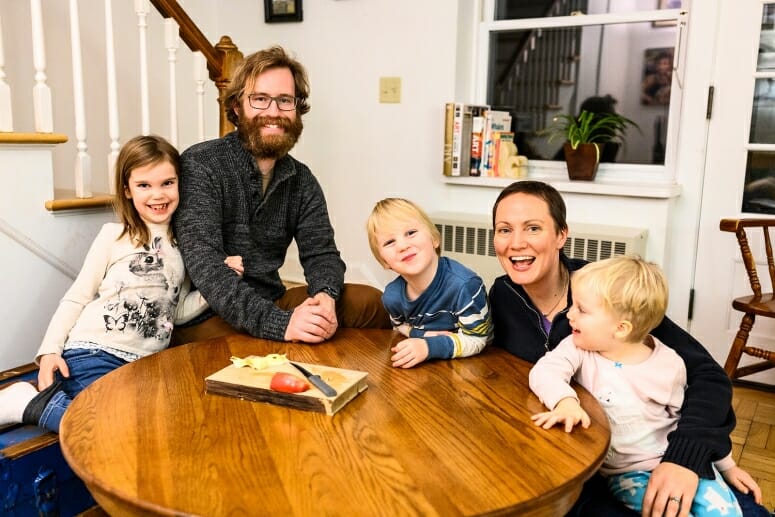 Noah Ash’s high school grades were fine but nothing special, he says, owing in part to a senior year that found him immersed mostly in a student production of “West Side Story.”

When he realized that UW–Madison, his dream school, was not going to happen academically, he stunned his family and friends by enlisting in the Army.

“I was a theater kid. I lettered in music,” says Ash, who grew up in Watertown, Wisconsin, about 45 miles east of Madison. “It’s not typical for someone like me to sign up for airborne school.”

Today, Ash, 31, is an Iraq War veteran and UW–Madison senior who will graduate this month with a double-major in philosophy and classical humanities. His journey, he says, shows there’s more than one path to becoming a Badger.

“I would not have made it to UW–Madison without the military,” he says. “I was given this amazing opportunity, and I have tried my best to make the most of it.”

Academically, he has far surpassed his high school achievements. He is a Vilas Merit Scholar with a GPA of 3.94, and he’s been inducted into Phi Kappa Phi, an honor society that recognizes exceptional scholarship in all academic disciplines. He’s also a junior fellow with the Center for the Study of Liberal Democracy on campus.

Ash credits the Post 9/11 GI Bill for making his college education financially feasible. His wife, too, is an Army veteran who is earning a degree at UW–Madison through the bill.

“It’s 100 percent the reason we can both be students right now,” says Noël Ash, 39, who is in her second year of a three-year masters of fine arts program in painting. She anticipates graduating in the spring of 2020.

The two are earning their degrees while raising children ages 3, 5 and 7.