Back to the water: Tomiko Jones by Lindsay Christians 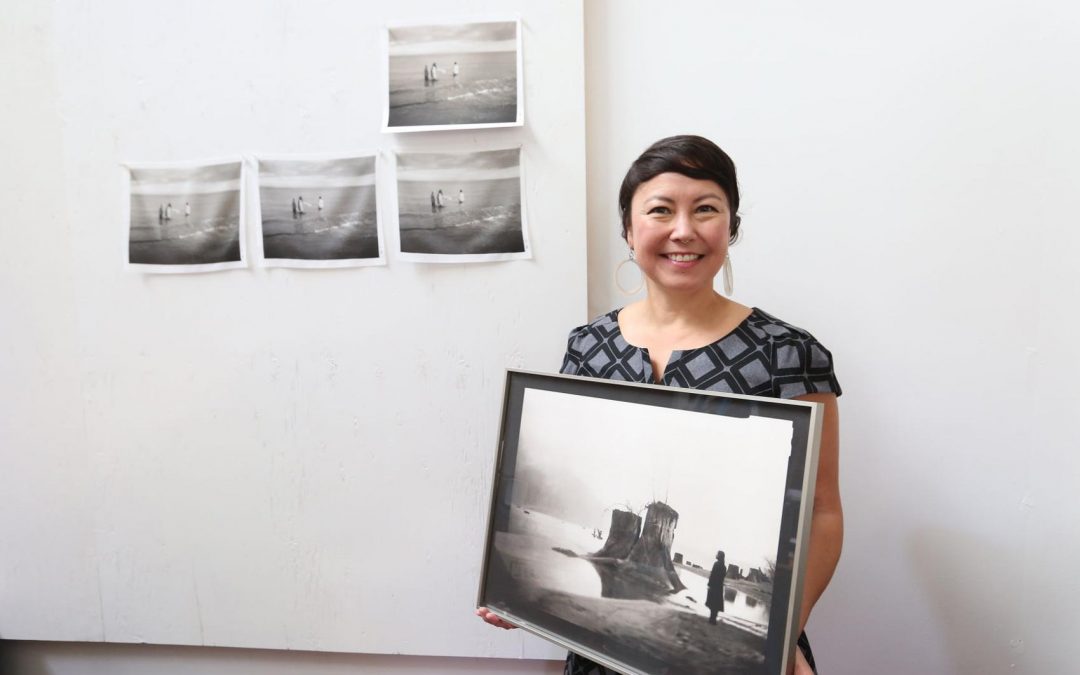 When photographer Tomiko Jones travels, she likes to make cyanotypes — a simple, alternative photo process that involves chemically treated paper and UV light — using the water from a local reservoir or river. The natural water can make the picture cloudy if it was a little muddy, but Jones likes the sense of place, even if it looks less than pristine.

“Everywhere I go I keep a little bag of four-by-four cyanotypes in my backpack and a piece of glass,” said Jones, a new assistant professor in the University of Wisconsin-Madison Art Department who moved to Wisconsin two months ago. “It’s such a simple process. It’s not fussy like platinum and it’s not super expensive. You can throw a piece in the sun and interesting things can happen.”

When she flew to Wisconsin for an interview during the winter, Jones made time to head to the lake to make a cyanotype. The water was frozen solid, which presented a minor wrinkle.

“It was kind of a cloudy day and the sun kept coming in and out,” Jones said. “And then my cab came and it wasn’t finished making. You need a certain amount of UV light to get that rich blue.

“I had made icicle prints in Tahoe so I knew it could work. I’m going to perfect the ice print when it’s winter in Madison.”

Jones has always been drawn to water, particularly the ecology, cultural history and social aspects of waterways and reservoirs. Born in Los Angeles, Jones spent several years of her childhood in Hawaii, where her Japanese American mother was from.

Read more at The Cap Times