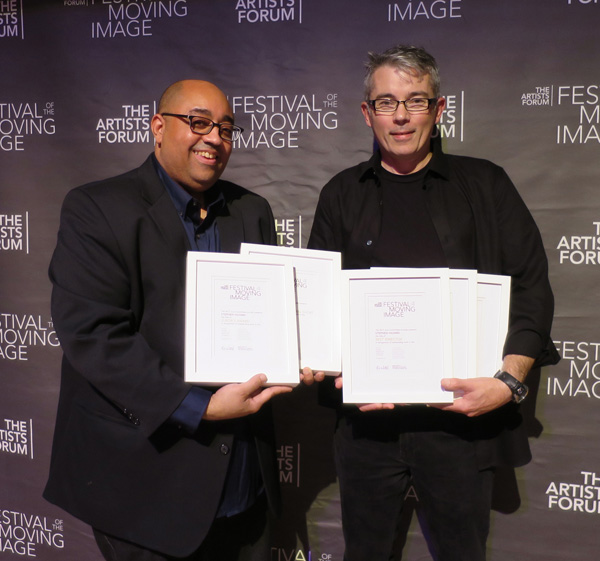 The four-day festival included 31 other films from 10 countries, many of which had also appeared in film festivals around the world, including the Festival De Cannes Shorts Competition.

“Thanks to Amos White and all the others at Artists Forum for their work on the Artists Forum Festival of the Moving Image. I was honored to have screened “Катюша (Katyusha)” alongside a diverse range of wonderful movies from all over the world. While I was there I learned that at least one of the other movies was in competition at Cannes this year. So, I was stunned when “Катюша (Katyusha)” walked away with five awards! My thanks also go out to all those who helped during the creation of “Катюша (Katyusha)”, particularly Anna Gubenkova, the “voice of Katyusha” whose singing contribute so much to the soundtrack.”