INTERVIEW: Stephen Hilyard in SciArt Center’s “The Void and the Cloud” 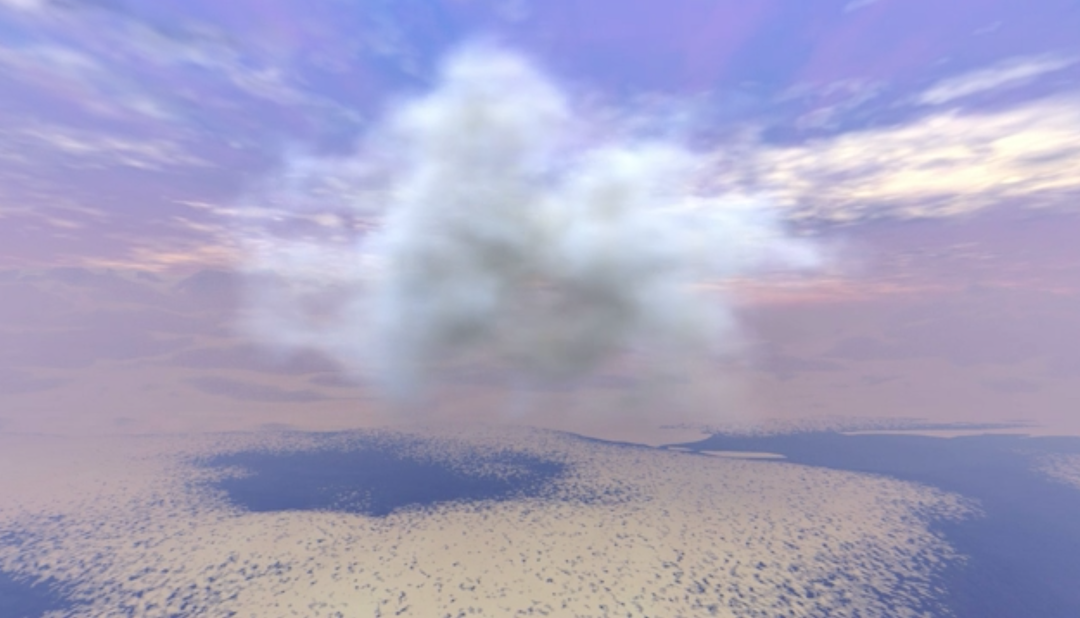 The piece Always originated with the song, in particular the lyrics which seem to me to describe a relationship that is far closer to reality than is normally found in a love song, this is a song steeped in regret, rather than passion or pain. I wanted to create a piece that deals with the ways that we fail to achieve the ideal of romantic love, whilst at the same time recognizing the beauty and pathos of this essentially human impulse. In this sense I created the kitsch-sublime synthetic landscape and the cloud as visual equivalents of the song. From the beginning I wanted to create this piece in a way that reflected a sense of emotional failure, the 3D digital animation process that I used to create the dancing cloud is particularly laborious and requires meticulous mathematical manipulation of a series of algorithms to create the illusion of a living cloud. This forced me to work in a way that was completely at odds with the kind of impulsive expressionism so often associated with the artist, whilst at the same time attempting to create an emotionally engaging image of regret personified.

Stephen Hilyard’s work appears in SciArt Center‘s most recent exhibition, “The Void and the Cloud.” The exhibit’s curator, Marnie Benney, spoke with Hilyard on his artwork and process: