Artists weigh in on immigration by Holly Henschen 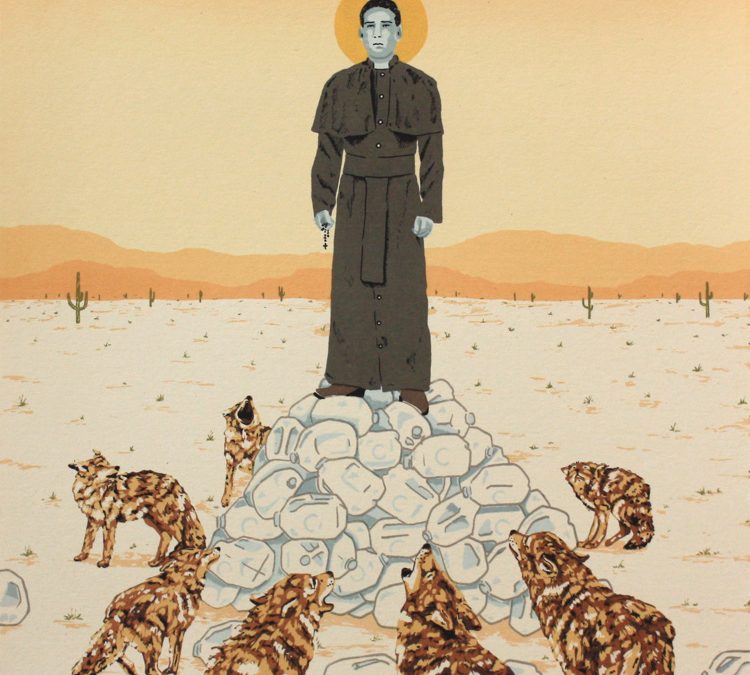 In one of J. Leigh Garcia’s [MFA ’18] screenprints, the patron saint of immigrants, Toribio Romo, stands in the desert atop a hill of two-gallon water jugs, surrounded by coyotes. Romo, a Mexican priest murdered in 1928 by government agents, has become a mythological figure among some immigrants who believe he helps guide them to safety in the dangerous, often deadly, journey through the desert on the U.S.-Mexico border.

Garcia, 24, is a Houston native whose grandparents illegally crossed the border in the 1940s. Raised predominantly in white culture, she is learning more about the other half of her family tree as she creates images that call attention to issues affecting undocumented immigrants.